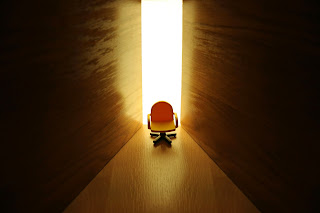 Years ago, in the late sixties, the Spanish Ministry of Tourism launched an international campaign with the slogan Spain is different. It was not specified how or compared to what Spain was supposed to be distinct or special, but this was not important, since the main focus of the marketing action was to promote the Spanish traditional attractions of the so-called sun-and-beach tourism. Nowadays, almost fifty years later, any sensible traveller who visits Spain will notice that the cultural diversity of the country goes far beyond the typical exotic images of bullfights and flamenco, with each region offering its own richness in terms of climate, language, folklore and traditions.

But what about the Spanish management culture?  Does it differ so greatly from those of other Western countries? Is Spain still different in that respect?


One should be aware that Spain is a country of contrasts, and this also applies to its corporate and business culture. There is a mix of tradition and modernity, a permanent tension between old and new, and I personally think that this ambiguity is also present in the way Spaniards work and conduct business. In my experience, more than in many other Western countries, large differences in management style should be expected depending on the size, region and ownership structure of the company.

The traditional bureaucratic structure of Spanish corporations has evolved a lot during the last years, but broadly speaking, the leadership style in many companies is still fairly paternalistic. Decisions are made at the top and delegated downwards, although  managers are also expected to ask employees for their opinions. There is a clear separation between the tasks of the boss and those of the subordinates. Each employee knows where she or he is situated in the hierarchical chain in terms of duties and responsibilities and assigning extra tasks that do not correspond with the “official” job description can lead to misunderstandings and negative results.

Indeed, this is what an American client of mine experienced when he tried to implement in Spain a model he had successfully applied in Denmark and the Netherlands. Believing that his level of Spanish was insufficient to communicate with his team, my client chose a member of his Spanish team to act as a sort of ambassador, a contact person between him and the others. Information and reporting were supposed to be channelled through that person who, in this way, acquired a privileged unofficial status compared with the other team members. Their reaction was a mixture of jealousy and suspicion. Suddenly, their former colleague was not an ordinary team member anymore. But he was not the manager either … The situation caused a lot of confusion and negatively affected the performance of the team as a whole. Additionally, the ambassador was not very happy either because he did not know how to manage the duties of his new role while remaining loyal to his colleagues and friends.  So we had to redesign the organizational chart, create new channels and work in the communication style of the American boss for a better fit in the Spanish subsidiary.

Now, going back to the initial question: are Spanish management practices so different? I think that every culture is unique and comparing them has the risk of simplification. That being said, I would answer Yes to anyone tempted to minimize or deny the existence of cultural differences. But I would say say No, not really to professionals with a global mindset that have developed the intercultural skills that give them a real ability to understand and adapt to sometimes strong and sometimes very subtle differences in the various business situations they will meet in Spain.
Publicado por Astrid Moix en 10:49

I had a similar experience in a project I had to manage some years ago. My impression at that time was that the misunderstandings were caused by my poor Spanish, but now I guess it was more a cultural issue.

Yes, wenn we have a language problem we tend to focus our attention in that issue, because it is indeed a very important one. However, we should also have in mind other communication and/or leadership aspects, like the cultural perspective.

Despite being known as Cosmic Slot, the casino offers all types of other video games, however the “Cosmic” part is true, as the platform does use the universe as its theme. After partnering with a number of} software program builders, Cosmic Slot accumulated over three,100 out there video games. You can deposit money in AUD 카지노사이트 by utilizing Visa, Mastercard, Neosurf, Mifinity, and Bitcoin, and play any of them at any time. 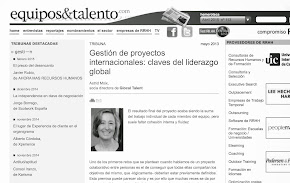